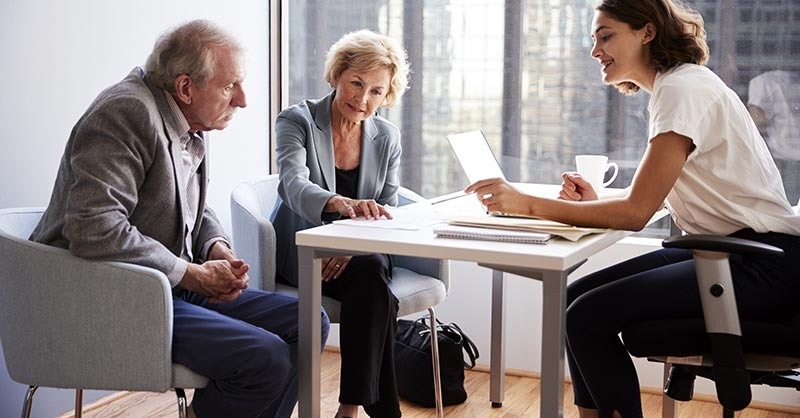 Are you still working or do you own a business? Pay attention to a new tax coming to your state soon

A dramatic demographic shift is happening in the United States. By 2030, more Americans will be over 65 than are 18 or younger. Due to increasingly prevalent chronic illnesses and diseases such as heart disease, cancer, arthritis, and diabetes, over 70% of people in the 65-plus demographic will need long-term care. And, according to the Centers for Medicare and Medicaid Services (CMMS), by 2050, 27 million people will depend on long-term care.

Another sobering statistic from the CMSS is that 25% of people between the ages of 60-69 who want standalone long-term care insurance have their applications denied. Certain industry groups maintain that number is closer to 50%. And most insurers don't offer any sort of long-term care options for people 75 and older.

Since Medicare payments for long-term care are extremely limited, Medicaid has become the go-to alternative for those who cannot afford traditional long-term care insurance (LTCI). The population is aging, and the pressure on state safety nets, such as Medicaid, has increased so that some states fear insolvency.

They can't fix demographics, so they do what they do best.

Politicians know they can't do anything to fix demographics. Fully aware of the coming "gray wave" about to hit their social programs, they turn to their tool of choice- taxes. In the case of long-term care, several states have either enacted legislation requiring citizens to have private LTCI or have pending bills.

For example, in January of 2022, Washington state mandated a .58% tax on employees who cannot document private LTCI coverage. This law was elected without widespread public knowledge, leaving employees scrambling to find affordable LTCI to avoid the tax. Other states, including California, Minnesota, Michigan, and Illinois, are considering using Washington's program as a template for their LTC plans. I find this unfortunate since Washington's mandate has several flaws despite being well-intentioned.

For one thing, your added payroll tax gets you a maximum lifetime benefit of only $36,500. In 2022, the average monthly bill for a nursing home in Washington was just under $6,000, and costs continue to rise. Even anticipating the periodic cost of living increases, $36,000 won't buy you much care now and certainly not in the future. Another issue is that higher-earning people will end up paying much more tax than those with low wages and could potentially pay more tax than they will receive in benefits.

An additional concern is that the LTC coverage provided by the state will only be payable to Washington residents receiving care within the state. Taxpayers will get no benefits if they move to or receive care in another state.

Finally, those who want or need to use benefits must prove they need help with at least three "Activities of Daily Living" (ADLs) instead of the usual two required by most private LTCI.

So, what does this mean for you?

I believe that other states will join California, Washington, Minnesota, Michigan, and Illinois in fining citizens without private long-term care insurance.

We might also see some movement in that direction at the federal level. However, depending on what each state defines as "qualified" private LTC coverage, you may have some better alternatives to more expensive traditional long-term care.

Linked benefit (hybrid) insurance. Linked benefit insurance is a type of insurance or annuity contract that includes long-term care benefits within the policy. Essentially, hybrids provide pools of money you can use to pay for long-term care costs. However, unlike traditional long-term care, which is a "use it or lose it" proposition, your heirs will receive the cash value and death benefit if you never have to use your hybrid coverage. If you have already planned on having life insurance or an annuity as part of your financial plan, then getting a linked benefit policy might make sense.

LTC Annuities. As you probably know, an annuity is a contract with an insurance company where you pay a lump sum premium to receive a series of payments. These payments will either start right away (immediate annuities) or on a specific date (deferred annuities.)

Most long-term care annuities are fixed, deferred annuities where you know the interest rate your money will earn over time. As with asset-based LTC, your benefit is tax-free if you use it to pay approved LTC expenses. You will have to pay out of pocket for your care needs, submit receipts, and then be reimbursed. If you are lucky and don't use your account money, you can give it to a designated beneficiary when you die.

Personal savings. If you are disciplined and have above-average means, you can self-insure. For instance, you could start a Roth IRA, putting aside post-tax money and earmarking a portion for future long-term care. This option is not for everyone, but it does have some advantages.

To sum it up. The cost of long-term care for the uninsured is giving governments budgetary headaches. As a result, there's a push by many states to tax those who don't have private LTC insurance in place. Unfortunately, standalone LTC insurance is expensive, and even those who can afford it may not meet the strict underwriting criteria.

There are, however, alternatives that are possibly less expensive and more flexible. Even if your state doesn't force you to have long-term care insurance, it's still a wise move to talk to your financial advisor about your options. Planning now for potential medical and LTC expenses is another great way to fortify your financial fortress and preserve your legacy.